NVMeDirect is a software framework that is used to directly access to a NVMe SSD from a user space application.

In the existing system, applications should access to a storage through several software I/O stacks. 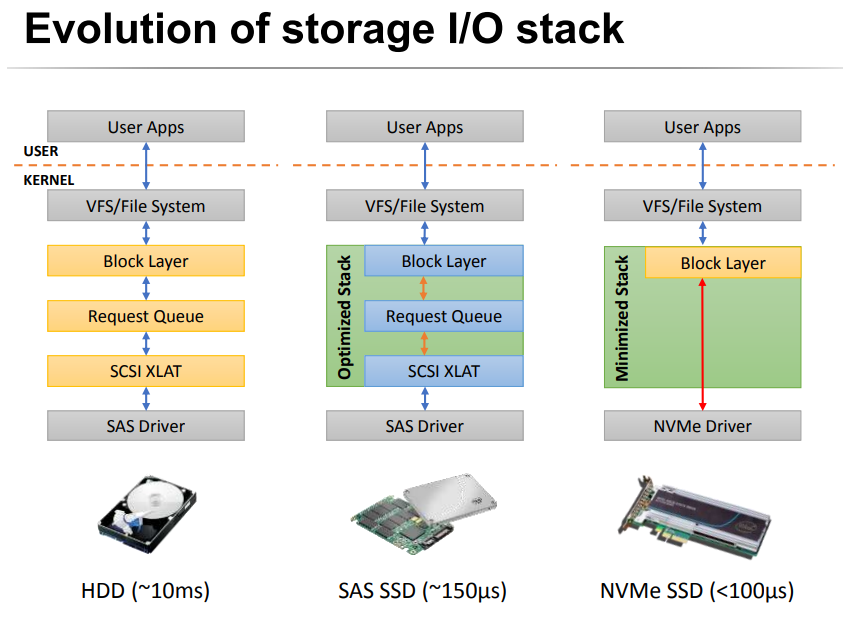 As the storage media is getting faster, overheads by the software stack takes larger portion of I/O time. Hence, this software I/O stack is being reduced as shown in the above figure. This software I/O stack overheads have been pointed out by several papers. Especially, context switches between user space and kernel space are overwhelming the overhead.

Due to this fundamental design, it does not use virtual file system (VFS) or any other traditional file systems. Current NVMeDirect 1.0 stores raw data, however, NVMeDirect 2.0 supports ForestFS, which is based on ForestDB database. 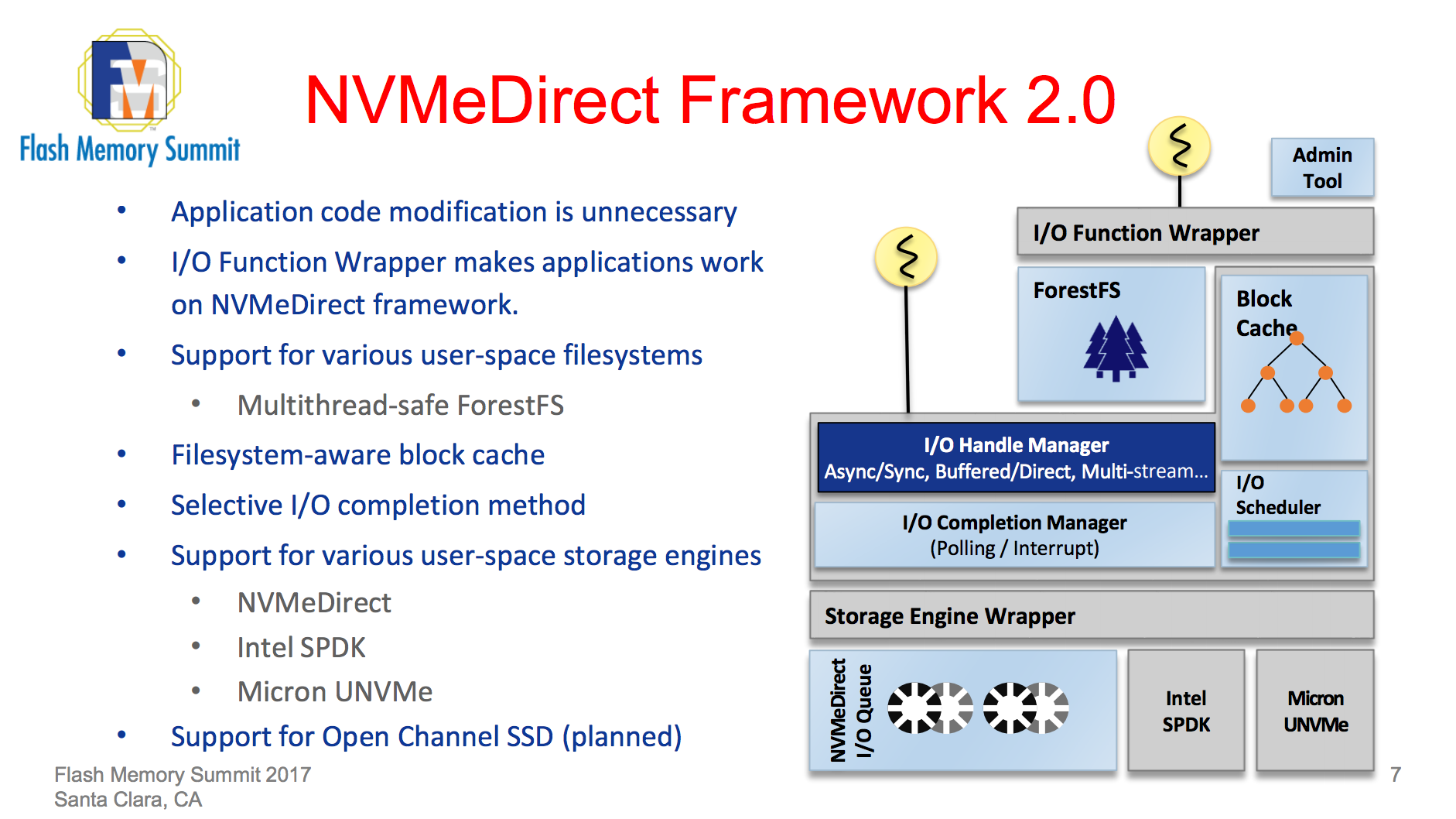