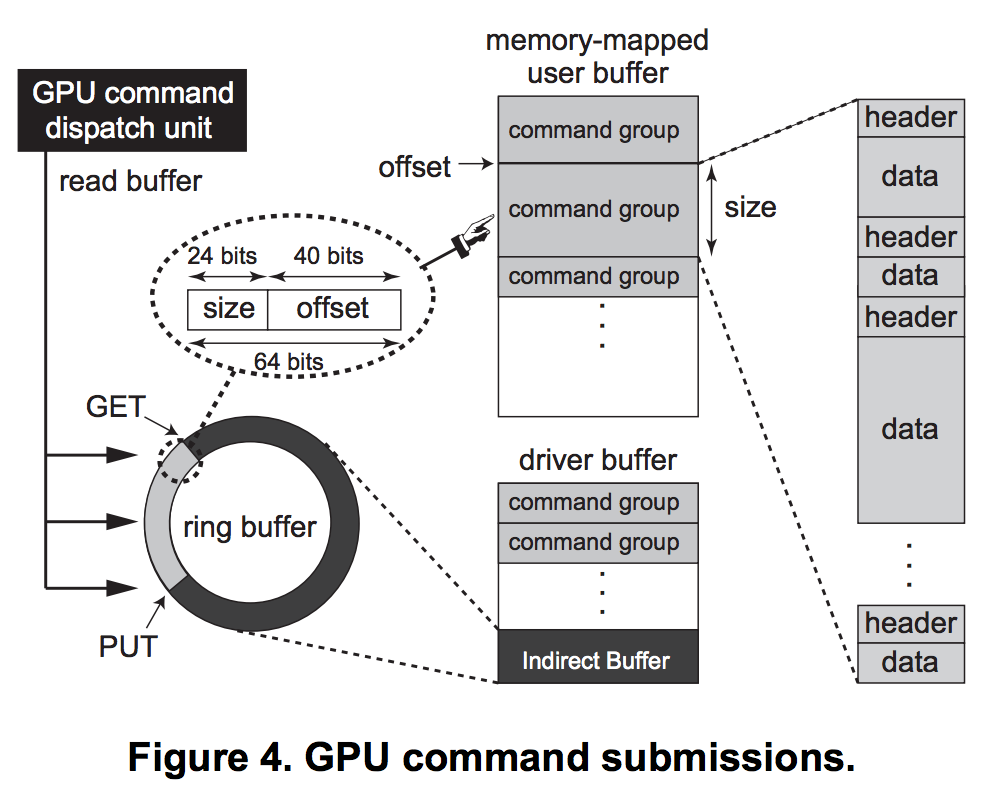 When the commands are written to the command buffer, the system writes packets, each of which is a (size, address offset) tuple to locate the corresponding GPU commands, into the indirect buffer.

The GPU reads the indirect buffer instead of the command buffer and dispatches the GPU commands pointed to by the packets. 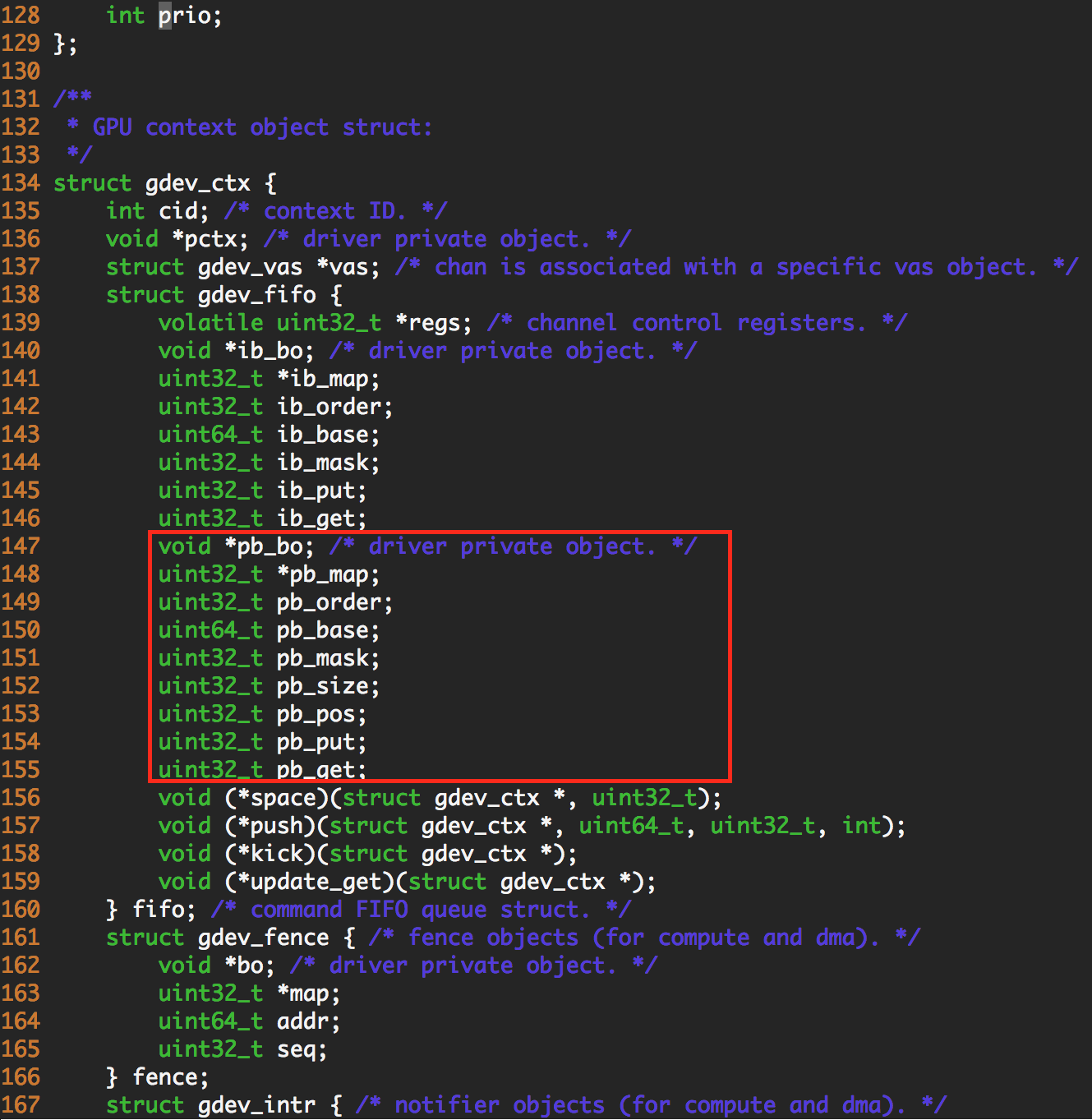 As the paper explained, when the command is written, the system also writes a packet into the indirect buffer. This is done by Nouveau device driver.

What make me confused is that struct gdev_ctx has not only pb, but also ib variables, so user space API also initializes these.

This variable is used by the function gdev_fifo_push() in gdev_nvidia_fifo.c code, but this is used when gdev is running as a kernel mode.

The same thing is that index buffer (indirect buffer) is allocated in kernel space. In case of user space gdev, indirect buffer is managed by libdrm, not Nouveau or gdev.